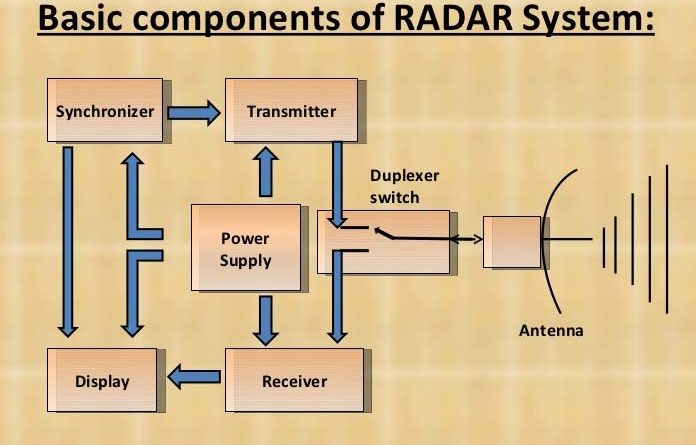 The basic synchronizer circuit should meet the following four basic requirements: It must be free running (astable). Because the synchronizer is the heart of the radar, it must establish the zero time reference and the prf (prr). )It should be stable in frequency.

For accurate ranging, the prr and its reciprocal, pulse-repetition time (prt), must not change between pulses. )The frequency must be variable to enable the radar to operate at different ranges.  Three basic synchronizer circuits can meet the above-mentioned requirements. They are the SINE-WAVE OSCILLAOTR, the SINGLE-SWING BLOCKING OSCILLATOR, and the MASTER-TRIGGER (ASTABLE) MULTIVIBRATOR.

A modulator is a device which turns the transmitting tube ON and OFF in such a manner as to generate the desired wavefor n. an illustration of a simple line pulses. It corresponds broadly to the high-level AM modulator. Here t anode of the output tube is modulated directly by a system that generates and provide large pulses of supply voltage. This is achieved by slowly charging and the rapidly discharging transmission line. The charging is slow as to reduce curre)t requirements, and for this, an inductance LcH is generally used. It also acts as an isolation element during the discharge cycle are prevents the pulse forming network (PFN) from discharging ti e energy source instead of into the useful load. The energy storage element or pulse forming network (PFN), is usually a lumped constant delay line. It consists of an air core inductance with taps along its length to which capacitances are connected to ground. The number of taps depend upon the pulse width and the fidelity required. If the line is charged to a voltage V from a high impedance source-, this voltage will drop to 1/2 V when a load is connected (the output tube) whose impedance is equal to the characteristic impedance of the line. However, at the instant when load is connected, the voltage across the line is 1/2 V only, at the input; it is still V everywhere else. The voltage drop now travels along the line to the far end, fi from which it is reflected to the input terminals. Thus a voltage of 1/2 V will be maintained across the load for a time 2t, where t is the time taken by the wave to travel from one end of the line to the other. Silicon controlled rectifiers (SCRs) are usually used as switches in line-type modulators.

A radar set has a blocking oscillator, a modulator, a pulse forming network, and a magnetron oscillator transmitter. The blocking oscillator circuit depends on the Cg and Rg values to determine how many times it operates. As the circuit start to oscillate, plate current (Ip) flows for an instance inducing a charge in Cg we’ beyond Ip cutoff. During the Ip off-time, Cg discharges slowly through Rg and the bias voltage decreases until finally Ip can begin to flow again. Circuit regeration develops a rapid rise in Ip.

These short duration 1p pulses induce high amplitude pulses in the grid winding of the transformer, the grid of the hydrogen thyratron (or an SCR) modulator is trigged by the positive pulse and the tube ionizes (Hydrogen ionizes and de-ionizes very rapidly). Ionization discharges the capacitors of the pulse forming network that have charged to 3000 V (3KV) through the charging reactor during the non-operating period of the oscillator. The discharge produces a narrow-square wave pulse of current through the primary of the pulse transformer, inducing high voltages in the secondaries. These two equal value voltages are in phase, rising the *cathode of the magnetron to a negative potential of several thousand volts above the magnetron plate. The average value of magnetron Ip, perhaps 2 to 5 mA, is indicated by the meter between ground and filament transformer. The square wave pulse of current from the pulse transformer excites electrons into oscillation in the cavities of the magnetron. These oscillations are coupled to the antenna and form the RF output burst. 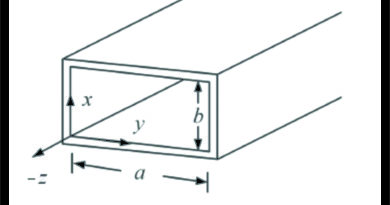 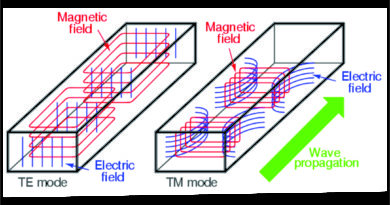 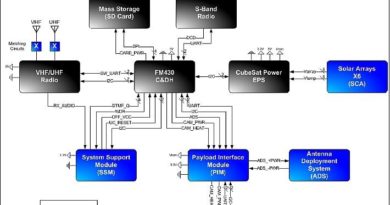